Today I am pleased to share my review and stop on the blog tour for this amazing historical fiction novel A Time for Swords.  The book has only recently been released digitally and will have a physical copy released later the new year!  I have really enjoyed reading this book and I hope in a moment you will see just why it is so amazing.  A big thank you to the publisher for giving me the chance to read this book in advance of publication and please do check out the other stops on the blog tour if you can! 😀

Description:  When the Vikings attack, a novice monk’s life is changed forever in Matthew Harffy’s new historical adventure.
Lindisfarne, AD793.
There had been portents –famine, whirlwinds, lightning from clear skies, serpents seen flying through the air. But when the raiders came, no one was prepared.
They came from the North, their dragon-prowed longships gliding out of the dawn mist as they descended on the kingdom’s most sacred site.
It is 8th June AD793, and with the pillage of the monastery on Lindisfarne, the Viking Age has begun.
While his fellow monks flee before the Norse onslaught, one young novice stands his ground. He has been taught to turn the other cheek, but faced with the slaughter of his brothers and the pagan desecration of his church, forgiveness is impossible.
Hunlaf soon learns that there is a time for faith and prayer . . . and there is a time for swords.

Review:  This is an amazing and exciting historical story set during the eighth century. Hunlaf a young monk from the monestary at Werceworthe has travelled with his mentor to Lindisfarne where he’s excited to see the scriptorium and all the books that the scribes are creating there. But not long after arriving there is an attack on the monestary and the people living nearby. Norse raiders attack the site, setting buildings alight and murdering, assaulting or capturing anyone they can find. Hunlaf witnesses it all from a distance, but in a moment that changes his life forever, he chooses to run towards the attack and not away from it.

I can’t believe how much I have enjoyed reading this book. I’ve never read a book by Matthew Harffy before but after this story I am keen to read more as I just really enjoyed Hunlaf’s story. The book begins with an aged monk telling of his young life and the amazing things he has seen. Deciding to write down his adventures, rather than the scriptures he is supposed to be writing, Hunlaf begins with his story of how his life as a young monk changed forever. The rest of the book follows the story of young Hunlaf as he first witnesses the terrible events at Lindisfarne and later decides to help to defend his own home and its people from another impending attack by the Norsemen.

The story is told from Hunlaf’s point of view but shows the adventure he and a few other characters go on. I like the way this story unfolds, first with Hunlaf and his mentor monk Leofstan travelling to Lindisfarne, seeing something there and the excitement Hunlaf has for learning; and later the change in him as he first grapples with his reactions to the attack, questioning God’s plan, while excited and eager to learn being more than a just a monk. I liked the way this story and adventure went with the meeting and coming together of the various different characters, including the very interesting Runolf, one of the norsemen of the raid.

The story is quite graphic in its descriptions of violence, which may shock someone not used to such writing but I loved how vivid and detailed the descriptions of the story and actions were. Occassionally with some books I find it hard to follow the action of fighting, but this was not the case with A Time for Swords, and I found myself picturing everything so clearly that I felt almost sucked into the past myself, feeling the shock, awe and gore of everything.  I like the writing in general, at first it took me some time to get used to some to some of the writing as some of the words used were more old fashioned, but my mind soon adjusted to this and it actually pulled me into the story more and I really felt like I was reading and experiencing a story from the past. The tale builds to a good ending with some secrets of some characters revealed at the end. The last scenes of the young Hunlaf, and the last pages of the story as a whole suggest the possibility of a sequel and I really hope there will be one!

There is very occassional swearing, with use of the s and f words and a few descriptions which may upset or shock more sensitive readers, including some vivid battle scenes with some gory results, but I liked the way this story went and what happens with Hunlaf and the other characters. There were some funny moments including what happened during the baptism and I liked the inclusion of Wulfwaru, and her skills in the story. I also liked the way Hunlaf’s narration shows his struggle with what is happening, it isn’t just a gory story of battle but the human story of the difficulties and struggles with such violence. For me it made Hunlaf more relatable and I enjoyed reading this story from his perspective.

The book contains a map and some author’s notes which tell you some interesting facts about how this story came about and some inspiration of real events. Overall I have really enjoyed this book and I can’t wait to read more from the author. It’s a great standalone story and hopefully there will be more exciting adventures of the young Hunlaf in the future! 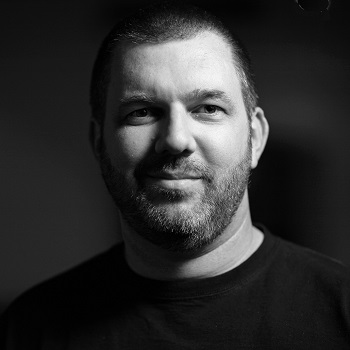 Matthew Harffy grew up in Northumberland where the rugged terrain, ruined castles and rocky coastline had a huge impact on him. He now lives in Wiltshire, England, with his wife and their two daughters.

I hope you enjoyed my stop on this tour and don’t forget to check out the other stops for more reviews of this brilliant novel.  I may have been swayed a little, loving the medieval period and historical fiction in general, but I really do love this novel and can’t wait for more from the author! 😀

What do you think of this book?  Do you like historical fiction?  Let me know what you think in the comments below 🙂

3 thoughts on “(Blog Tour) Book Review: A Time for Swords by Matthew Harffy”

Content on this site is the copyright ©The Strawberry Post 2018-2021.  All rights reserved.  No part of this website including images or text may be copied or reproduced anywhere without the prior written consent of the owner/creator.