Today I’m pleased to welcome you to my stop on the blog tour for The Book of Perilous Dishes a very interesting and brilliant historical fantasy.  The book is translated from Romanian and I can’t wait to share my thoughts with you as it was so unique and different.  But first I just want to say a big thank you to Random Things Tours and the publisher for a copy of the book and the chance to be a part of this tour. 🙂 Now let’s see what I thought of this, and you can see more about the book and author if you keep reading after my review…

A slave-cook lives in Bucharest, sought after by everyone.  His sublime cooking satisfies even the sopphisticated tastes of the Prince, who lays claim to him, whisking him off to the Palace.  However, no one knows that the cook has in his possession a witch’s recipe book, the Book of Perilous Dishes.  His food can bring about damaging sincerity, forgetfulness, the gift of prediction, or hysterical laughter.  And the rightful owner of this book is a fourteen-year-old Pâtca, an adolescent initiated in the occult arts.  Pâtca comes to Bucharest, to her uncle, Cuviosu Zăval, to recover this book, but she finds him dead, murdered, and the Book of Perilous Dishes has disappeared without a trace.  All that Zăval has left her is a strange map…

*Free copy provided by publisher for review…
Review:  This is an interesting and magical story which I couldn’t stop reading from the first pages.  Fourteen year old Pâtca rushes away to Bucharest, from her home in another town, when guards come for her grandmother.  Pâtca’s grandmother left instructions to her to find her uncle Cuviosu Zăval, but when she arrives in Bucharest strange things happen and soon she finds her uncle dead, murdered, and no idea who did it.  With her uncle gone and her arriving the same day, people start to become suspicious of her.  Pâtca has to find out who killed her uncle, and get back an important book which is no longer in his possession.

I love reading translated fiction especially when I know little of the country or time the story is set in.  This book is set during the late eighteenth and early nineteenth century in Bucharest, with the story being narrated by Pâtca.  The story takes place mostly in 1798, with an older Pâtca recounting all the things that happened to her after she arrived in Bucharest.  The story switches to 1829 on occasion and at first we’re not sure what is happening in 1829, but once you get to the end of the story you’ll find the two times merge into a brilliant final to the whole book.

Pâtca’s life is anything but simple when she first arrives in Bucharest, and I like what happens in the story with lots of silly mix ups and funny things occurring.  Though Pâtca is versed in basic magic being a Satorine, a follower of Sator, her magical abilities, especially when it comes to controlling Sator when she feels him, do not always work the way she hopes.  The magical fantasy element of this book is interesting, I like how Pâtca isn’t always able to do things she thought she could and how throughout you remember that this is a furteen year old girl struggling to deal with what has happened to her as well as control her magic.

I like how interesting the world of Bucharest is, the culture in that area, and how many different people all lived alongside each other.  I like what happens historically in the story and it’s extra interesting as you realise from the translator’s notes, that much of this story is based around real historical events that were happening at that time.  This mixed in with the magical story of Pâtca, the people she meets and the silly things that happen are all woven together to make a great, funny, brilliant and occasionally dark fantasy story.

The ending is really good, and the final chapter which switches perspective to a new narrator was just brilliant and I loved this ending even more because of this.  There is something interesting revealed about some characters and it’s something I never would have guessed, a brilliant final twist!  The whole story is an interesting read, the narration is different from a lot of books I’ve read and I found myself enjoying more the more the more I read it.  Pâtca’s narration shows her personality and I loved the way that situations and scenes would switch with a narration that made it often feel like someone telling you the story, with their mind switching to different events very quickly and even sometimes narrating as if in hindsight.  I love the way this was done, the narration in the book really sucking me into the story and the world of late eighteenth century Bucharest!

The story has recipes in it as the Book of Perilous Dishes is filled with lots of recipes that create magic, such as the inability to stop laughing, I really enjoyed what happened with all the dishes, especially that one involving laughter.  The recipes are interesting, and the actual recipes, the list of ingredients and how to make them, was carefully explained within the story and there are quite a few recipes included.  The book has just the occasional use of the s swear word and a few moments that are a bit darker.  Each moment of this story is part of the wider historical magical story that Pâtca has and I love how there are so many funny/silly moments woven into the story too.

Overall this is an interesting novel which I would recommend to anyone who likes a story that’s different and one that takes place in the late eighteenth century Romania with a touch of magic involved.  The book does have a map at the start, two maps in fact, one of Europe in 1798 as well as a map of the Bucharest that Pâtca finds herself in.  There’s also a glossary of some of the words used, although be warned, not every foreign word used in the book is translated and you’ll understand why by reading the translator’s notes.  There is also a list of characters and a brief guide on how to pronounce some Romanian letters which I found helpful.  Overall, as I said this is a magical and wonderful fantasy story that’s very different from anything I’ve read before, but it is a brilliant and very compelling read and one I will enjoy reading again in the future. 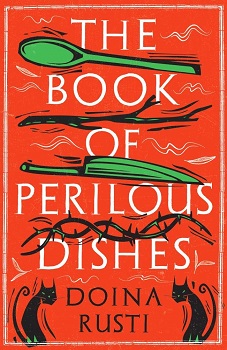 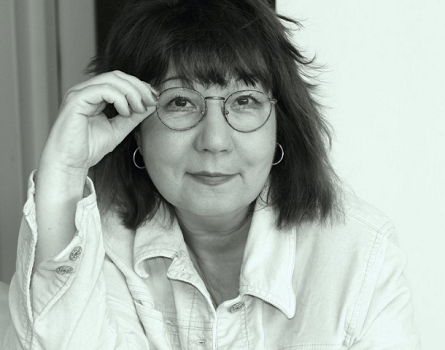 Doina Rusti is among the most important contemporary Romanian writers and is widely appreciated for the epic force, originality, and erudition of her novels. Award winning and translated into many languages, she has written ten novels, including The Phantom in the Mill (2008), The Phanariot Manuscript (2015), and The Book of Perilous Dishes (2017). Doina lives in Bucharest and is a university professor and screenwriter.

I hope you’ve enjoyed my stop on this blog tour today and that maybe it’s interested you in this amazing book! 🙂  Please do check out the other stops on the blog by checking out the blog tour banner below. 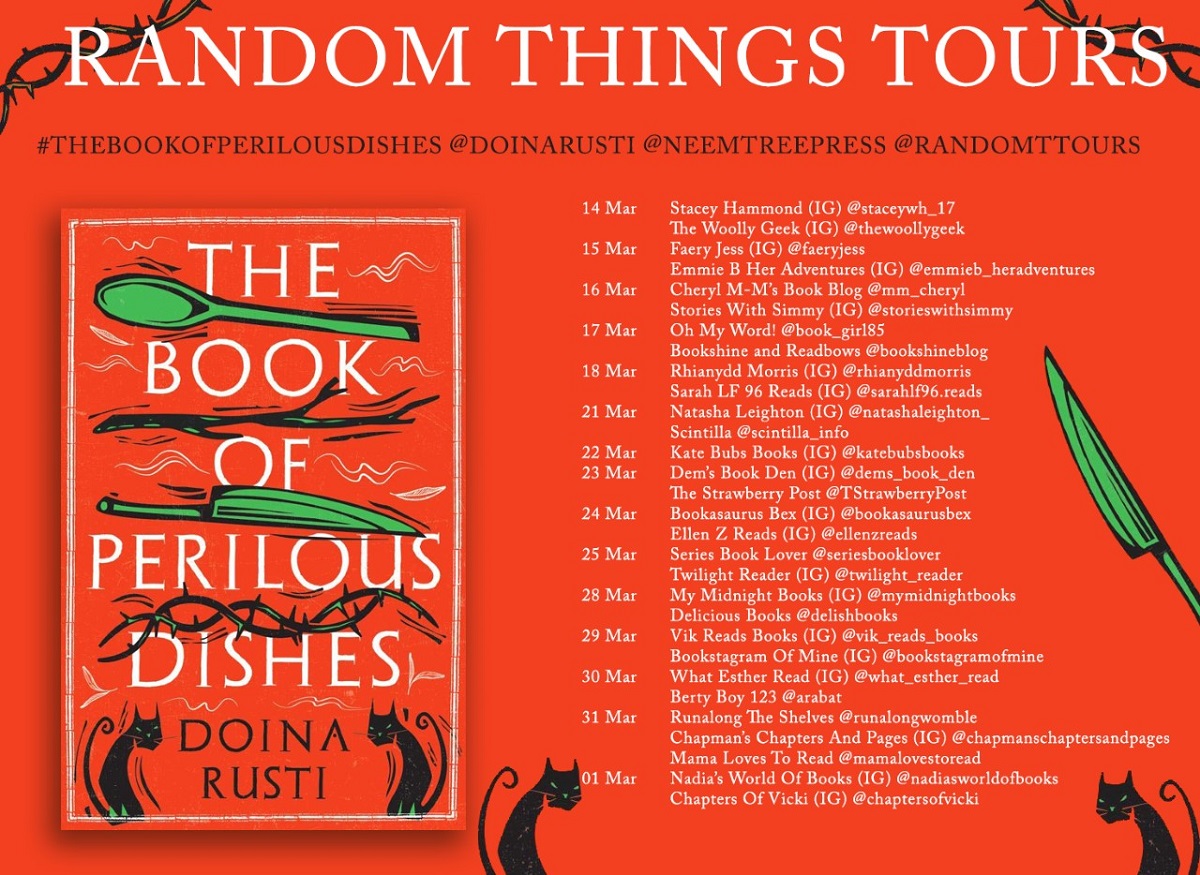 What do you think of this book?  Do you like reading translated fiction?  Let me know what you think in the comments below 🙂

One thought on “(Blog Tour) Book Review: The Book of Perilous Dishes by Doina Rusti”